The zodiac signs represent archetypes that influence different houses. In every natal chart each zodiac sign occupies a certain house thereby influencing each house with a certain energy.

This blog post will provide an introduction to each of the Planets according to exoteric and esoteric astrology.

The reason I explain both is because they are all connected.

I wanted to start off by providing a brief explanation of what esoteric astrology is as it will help you understand the zodiac signs.

What is Esoteric Astrology

Like everything else in this Universe, traditional astrology and esoteric astrology are connected.

Traditional astrology focuses on the personality or ego development which is based on your sun, moon, and rising sign.

Once we are born we create a natal chart which is a snapshot of the planets’ placements and aspects within the 12 houses that are ruled by each zodiac. Each house represents an aspect of our life and each zodiac sign reveals the archetype of that house and the planets placed in each house influences the energy depending on the aspects.

Traditional astrology helps us understand the personality/ego’s relationship to these different areas of life although most of these relationships are based on indoctrination.

Once one has a spiritual awakening and realizes that they are more than just their personality/ego but a spiritual being having a temporary human experience then one can use traditional astrology to understand and integrate the personality/ego to be a tool for its higher self-expression.

Now that one’s interest has shifted from living for the personality/ego to a life guided by its higher self/soul then one can utilize esoteric astrology.

Esoteric astrology is similar to traditional astrology in that it utilizes the zodiac signs, houses, and planets however the difference lies in the interpretations.

Esoteric astrology focuses on the soul’s development which is revealed through a higher understanding of the sun, moon, and rising sign.

The personality of Aries is ruled by the lower mind

The soul of Aries is ruled by the higher mind

The personality of Taurus is ruled by matter

The personality of Gemini is ruled by interpersonal communication

The soul of Gemini is ruled transpersonal communication

The personality of Cancer is ruled by emotional instincts

The soul in Cancer is ruled by intuition

The personality of Leo is ruled by ego self expression

The soul in Leo is ruled by higher self expression

The personality of Virgo is ruled by service to the ego 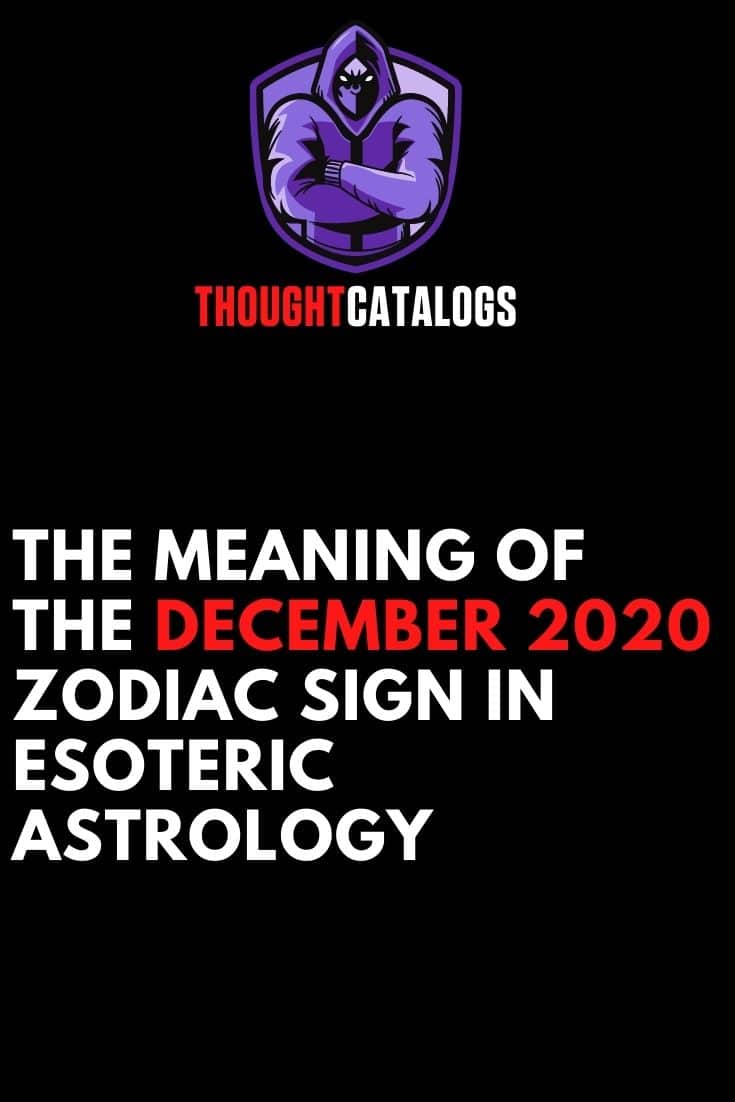 Previous Article Horoscopes, Thursday. December 3, 2020 for each Sign
Next Article The Moon Sign in 2021: Absolutely Everything You Need to Know