Among those who have already woken up, the movie The Matrix has become like an icon.

As a movie it is a fictional story, but as a myth it shows exactly what is, and reflects the changes that are going on with humanity’s consciousness and its connection to the Earth energy grids. Let’s listen to the dialogue:

Morpheus: “I imagine that right now, you’re feeling a bit like Alice. Hmm? Tumbling down the rabbit hole?”

Morpheus: “I see it in your eyes. You have the look of a man who accepts what he sees because he is expecting to wake up. Ironically, that’s not far from the truth. Do you believe in fate, Neo?”

Neo: “Because I don’t like the idea that I’m not in control of my life.”

Morpheus: “I know exactly what you mean. Let me tell you why you’re here. You’re here because you know something. What you know you can’t explain, but you feel it. You’ve felt it your entire life, that there’s something wrong with the world. You don’t know what it is, but it’s there, like a splinter in your mind, driving you mad. It is this feeling that has brought you to me. Do you know what I’m talking about?”

Morpheus: “Do you want to know what it is?”

Morpheus: “The Matrix is everywhere. It is all around us. Even now, in this very room. You can see it when you look out your window or when you turn on your television. You can feel it when you go to work… when you go to church… when you pay your taxes. It is the world that has been pulled over your eyes to blind you from the truth.”

Morpheus: “That you are a slave, Neo. Like everyone else you were born into bondage. Into a prison that you cannot taste or see or touch. A prison for your mind. Unfortunately, no one can be told what the Matrix is. You have to see what it is for yourself. This is your last chance. After this there is no turning back. You take the blue pill, the story ends. You wake up in bed and believe whatever you want to believe. You take the red pill you stay in Wonderland and I show you how deep the rabbit hole goes. Remember, all I’m offering is the truth, nothing more.”

In the Eastern religions they talk about Maya, the reality that seems to exist but is not what it seems to be. It is reality itself or the physical world that is an illusion, but the way we perceive it to be. It is actually our consciousness that has been tampered with, so we cannot see the world anymore as it really is, and consequently we live in a kind of dream.

The problem that the movie points out is that the Matrix is under control of an alien influence. In the movie this is represented by the intelligent machines, who are harvesting the human physical bodies for energy. In the real world, the Matrix has being taken over many millenia ago by an alien group, which has used the Earth’s matrix system to alter the consciousness of humanity on a global scale. Their purpose is to not only harvest the subtle life energies that human produce, but also harvest Earth rich biological sources. Although humanity is a young and primitive species in the time scale of the universe, it also has powerful potential abilities. Therefore the alien group needed to keep humanity’s consciousness confused, ignorant, and dumbfounded in order to prevent a potential uprising of humans against the alien presence and activities. The easiest way to do this is to control and manipulate the Earth’s energy grids.

It is interesting to note that the movie The Matrix came out in 1999. This is a time period when a few energy workers noticed that there was a change in the earth’s energy systems. The old matrix, or energy network around the globe, upon which all the old, patriarchal, dominating control systems of the human governmental systems started to slowly fade out, and a new energy system started to arise. That has its consequences, in that the old control systems will not be able to use the old energy network anymore to control humanity.

In the mean time, humanity, which is slowly not being influenced anymore by this old energy grid, is waking up and becoming more aware of the real world. It is waking up out of a dream. As in the movie the Matrix, once people have woken up, or gone through the rabbit hole, the will find that they are living in a not so nice society. It is a society that is geared towards exploitation of human beings, in every possible way.

In the movie, the awakened person is unhooked from the Matrix, and dumped into the sewers. In our world, these sewers represent the repressed consciousness humanity have been living in for so long, accumulating a lot of emotional and intellectual garbage.

So, going down down the rabbit hole and waking up is not like the “ascension” spirituality that so many people promote. It is about becoming aware of your own situation in this toxic world, and working out one’s own social, emotional and intellectual problems.

And… who you are as a human being, not only as a physical manifestation on this planet, but also as an evolving spiritual being becoming ever more aware about oneself as a divine being, discovering one’s hidden potentials and bringing these forward to transform oneself, but also one’s environment with which one is intimately linked.

This is the consciousness of the new Earth’s matrix energy systems. A more aware, conscious and respectful living with one another and with nature. In the mean time, we still have to clean up the accumulated pollution that humanity has created for so many centuries. This is not only physical pollution, but especially emotional. This emotional pollution is still present within our own subconscious, and within the energy matrix of the earth. So forget about ascension, first you have to do the dirty work!

The following two people who have written about the change in Earth’s energy systems. They give an explanation from their own point of view and experiences.

Marko Pogačnik is a Slovenian author of several books on nature spirits and energy lines and places in nature. He works with various elemental beings and the subtle energies in nature, such as ley lines and sacred sites. he has extensive experience in connecting, identifying and correcting these energies where necessary with groups of people and the use of certain procedures and the placement of upright stones. he wrote two very interesting books about this: Nature Spirits and Elemental Beings; and Healing the Heart of the Earth, both published by the Findhorn Press. In the latter book, he mentions that:

“Since I finished writing this book in the spring of 1996, the earth has been going through several phases of change. From autumn 1997 onwards I have been able to observe radical changes in the quality of its radiation. It seems that the planet is passing through different stages of its transformation in a more or less monthly rhythm. According to my insights, the Earth is leaving behind its phase of extreme materialization and it is starting to expand its subtle levels. She is going to reveal her multidimensionality again, so that the presently invisible levels will become more and more obvious to everyone.”

“Prior to our earth-healing work in Mexico around New Year 1998, Devos, the Angel of Earth Healing, stated in a message given to my daughter Ana Pogačnik that the decisive phase of the earth changes is going on right now. I asked for clarification on this. He confirmed that the planet is making a transition towards another level of being. If humanity is able to collaborate with this enfoldment, he says, the transition could take place step by step so that we would ‘glide’ from one level to another. At the opposite extreme, the enfoldment could be painful, especially for humans, because we have the least room for adjustments. He emphasized the importance of earth-healing work in this connection, stating that because of this kind of work being done by individuals and groups worldwide, worse shocks arising from the earth changes will not be necessary. There are more and more places which have been properly cleansed and revitalized that are able to act as mediators in the process of change. They are propping up the earth energy systems in the present situation so that they will not collapse.”

“At the full moon of February 1998, I experienced a further radical change in the Earth’s radiation. The quality of the radiation has become horizontal and liquid. The next wave of change came in on March 9th, bringing the quality of the air element into focus. The next one followed on April 20th…”

Richard Leviton in his book “The Emerald Modem”:

“With this in mind, it is fairly easy to conceive of how the prolifically prophesied and variously modeled Earth changes can happen. The geometric shape of our planetary reality is undergoing a morphological change. The old, classical grid remains, but a new one is growing out of it. Where the new edges and vertices of the icosidodecahedron are popping out of the old Platonic Solids grid, major fracture areas are being created for earth reality; these will likely manifest in multiple ways, through changes in the weather and climate, geopolitical upset, geological turbulence, psychological edginess. As planetary reality gets set at a new energy level, our sense of the world will be in turmoil.”

“The old grid will carry on to a degree even if the anchoring of the new dynamic doesn’t completely take form. The new pattern that emerges is free of some of the constraints of domes and dome lines, which have locked the growth spiral on earth into a particular pattern for a particular period.”

“Now it becomes more open. We are looking at a multidimensional field, a hologram of possibilities, a new grid structure emerging from the potential seeding from the beginning, from the source. When enough of these grid points are empowered and cognized, then the Earth will automatically detoxify. Gaia will be freed. Everything changes.”

“Where the new sacred sites will be in this transfigured planetary grid system is still uncertain, still open to development and experimentation. Many more of the original sites will be activated in the coming decades, “facilitated by the Archangel Michael, as he brings the Supramundane Light to the subtle body of Gaia”, the Ofanim note. It won’t be over in 2012. There is much to be done over the next 50 years before the next phase is completed.”

Leviton emphasizes the importance of the role of humanity in helping to build this new grid. “Part of that “much” to be done is that more people need to become familiar with the Earth grid or the planet’s visionary geography so that they can participate as cocreators with the angelic realm in bringing life to the many sites that need attention.” 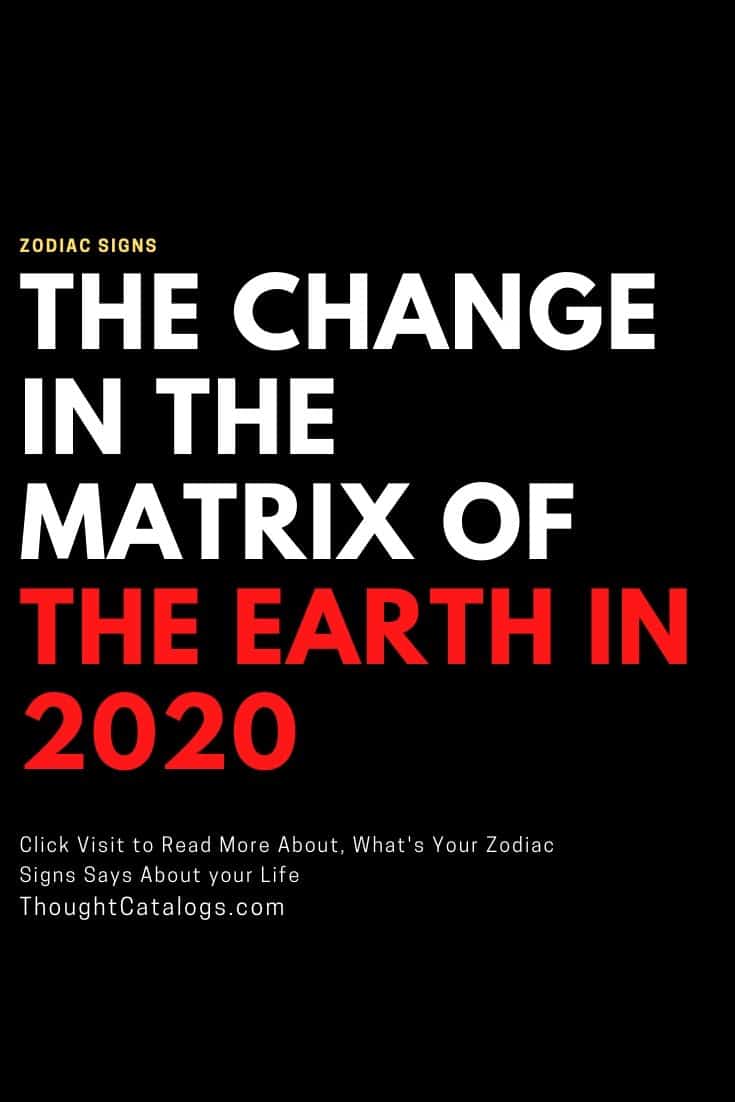