2021 has come with good news! The retrograde Uranus is finally going direct! We all know how difficult it becomes to deal with a period of retrograde.

But then, Mercury often goes to retrograde and hence, it comes to the astrological news often. But that does not mean the other planets stay direct all the time. All planets have a retrograde phase too. Uranus was one such planet.

Uranus has been in retrograde for the last 5 months. It had gone retrograde in August 2019 and since then it has been causing quite some drama (as expected!).

But the 5-month retrograde is finally coming to a pause. When? On 10th January. This will have some positive effects on all the signs as a direct planet means a lot less trouble.

Uranus was moving backward in one of the constellations of Taurus for months. Being an earth sign, Taurus will make more sensible changes.

But since Venus rules Taurus, the changes will also be beautiful and bring comfort to us! Well, we all know Venus is all about love – so, a match with Taurus brings stable beauty in our lives.

Uranus is known to awaken people. Its main effects include bringing change and revolution. It may also be the harbinger of chaos. Sometimes it blesses us with intelligence and clarity of view. It urges us to change our approach towards things and become innovative.

The thing is Uranus can be unpredictable. The changes that it brings may not be welcome by you. But know that it is well – necessary.

It wants us to go out of the cage-like traditions that we put ourselves in and relive life in a brand-new way. That’s why it is a symbol of progress.

But when in retrograde, things get slow and so, it was an ideal time to plan.

The past months when Uranus was retrograde allowed us to introspect. It was a time to ponder and think about the future. But now that the planet is becoming free, it will also motivate us to be free. Now, we can execute our plans and bring much-needed change. 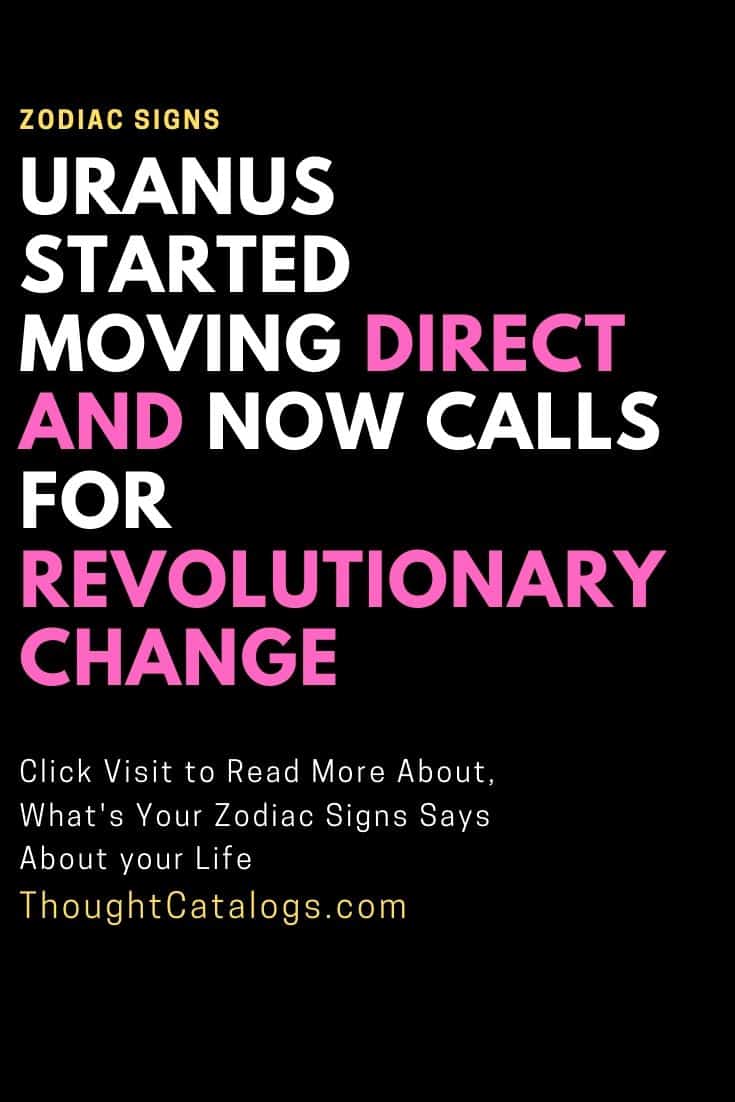