When it does arrive, it dazzles the sky and brings Christmas to the heavens. Yes, we are talking about the alpha Monocertoid meteor shower.

This meteor shower happens every year and it happens during this period: around 21st November to 23rd November. However, you can only spot a few meteors in the sky.

Plus, due to the glow of the Moon, it is difficult to see the shower. In such conditions, the meteor shower looks just like any other shower – there is no specialty attached to it.

Well, you will feel lucky to be alive this time of the year. Scientists Esko Lyytinen and Peter Jenniskens have predicted that another outburst will be happening this year. It will occur on 21st November to 22nd November and you might be able to watch it if you are staying in the right place.

If you reside in north-western Africa, South America, the eastern part of North America or western Europe, you can see it clearly. The outburst is predicted to happen around 11:50 pm Eastern Time or 04:50 Universal Time.

The peak outburst will be for around 15 minutes and the shower will continue for 40 minutes. The best part – the Moon will not be glowing too brightly and hence you can see the entire spectacle without any trouble.

You don’t even need binoculars. The most radiant point will be near Monoceros, the Unicorn constellation present near the Hunter constellation- Orion.

The shower arrives due to the dust trail of an unknown comet. The meteoroid stream only intersects with the orbit of the Earth occasionally making this outburst rare.

If the conditions really align as per the 1995 event, then you might be able to see seven meteors course through the sky every minute.

However, 2-3 meteors can clump together and appear as one. The meteors are expected to gain a speed of over 140,000 miles per hour.

So, get yourself to an open ground before an hour of the estimated time. No need to take binoculars. Just have a blanket and watch the sky light up with the brilliant meteor light. 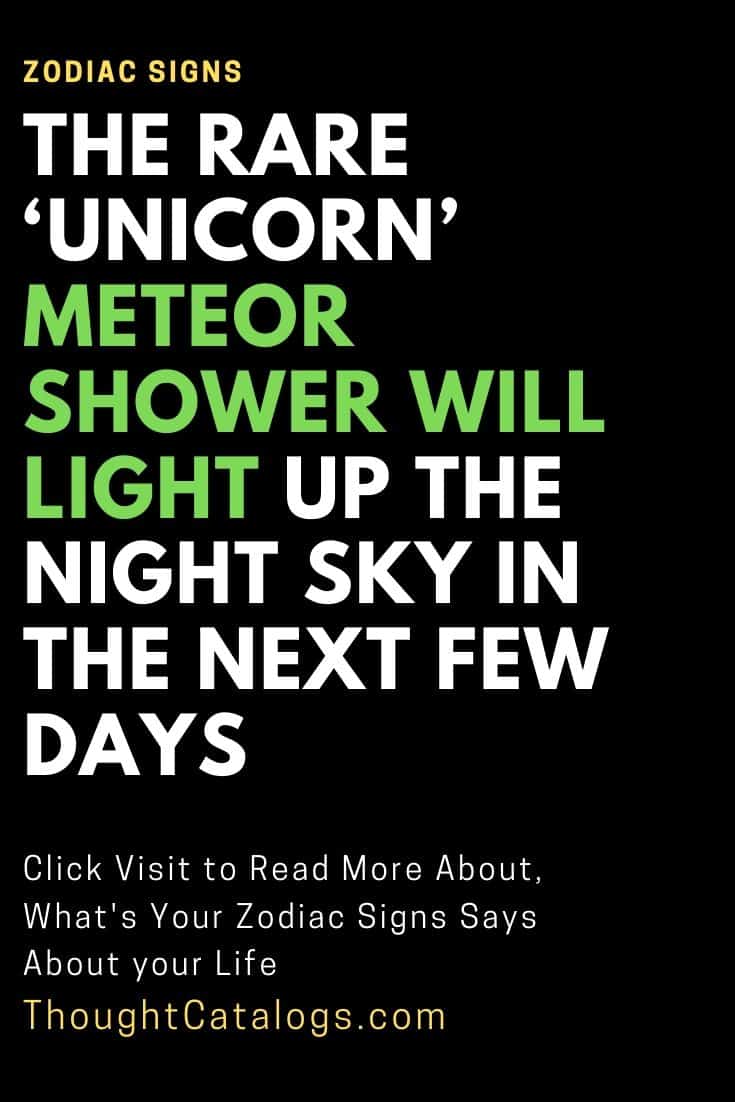 Previous Article This Is What Causes Your Anxiety, Based On Your Zodiac Sign
Next Article Shoot For The Stars With The Sagittarius New Moon On November 26th