“Another vice. Another call, another bed, I shouldn’t crawl out of at 7am with shoes in my hand. Said I wouldn’t do it, but I did it again.” -Miranda Lambert

Your short temper and inability to control your emotions will rub a lot of people the wrong way. Your strong personality is something a lot of people admire but it’s important to know which battles to fight and which to just let go of.

Being so stubborn and never wanting to admit when you’re wrong will lead to a lot of built up animosity within yourself and holding onto the past and holding grudges.

Sometimes the first person you have to forgive is yourself.

You have a tough time making decisions. One day it’s one thing and the next day it’s completely different. There is a bit uncertainty to everything in your life and you’re frozen with fear of what decision to make and which is the right one.

It’s okay to not know all the answers but you have to be brave enough to make a choice, any choice or you’ll always be in the same place.

Your insecurities will kill you. It will kill you and your relationships. While most people won’t even notice a flaw you fixate upon, sometimes so much of your own attention being drawn to it will now make people see it.

Keep your insecurities to yourself because most people are so fixated upon themselves what they notice about you first are the good things not the bad.

Your cocky nature is going to make you lose a lot of people in your life. It might not be a bad thing to learn to be humble once in a while. The root of this isn’t some inflated ego but rather an insecurity and the need of overcompensating to make up for it.

Be proud of who you are but don’t feel the need to prove it all the time.

You’re very hard on yourself and while you might let others get a pass sometimes, that never applies to you. While success has come your way being like this, it’s okay to take a break sometimes. It’s okay to not be perfect.

Everyone in your life is already impressed with what you do and who you are, you don’t have to keep beating yourself up for mistakes or try to prove something to them.

Whether it’s drugs, alcohol, or gambling once you get going you find yourself roped into something you shouldn’t. 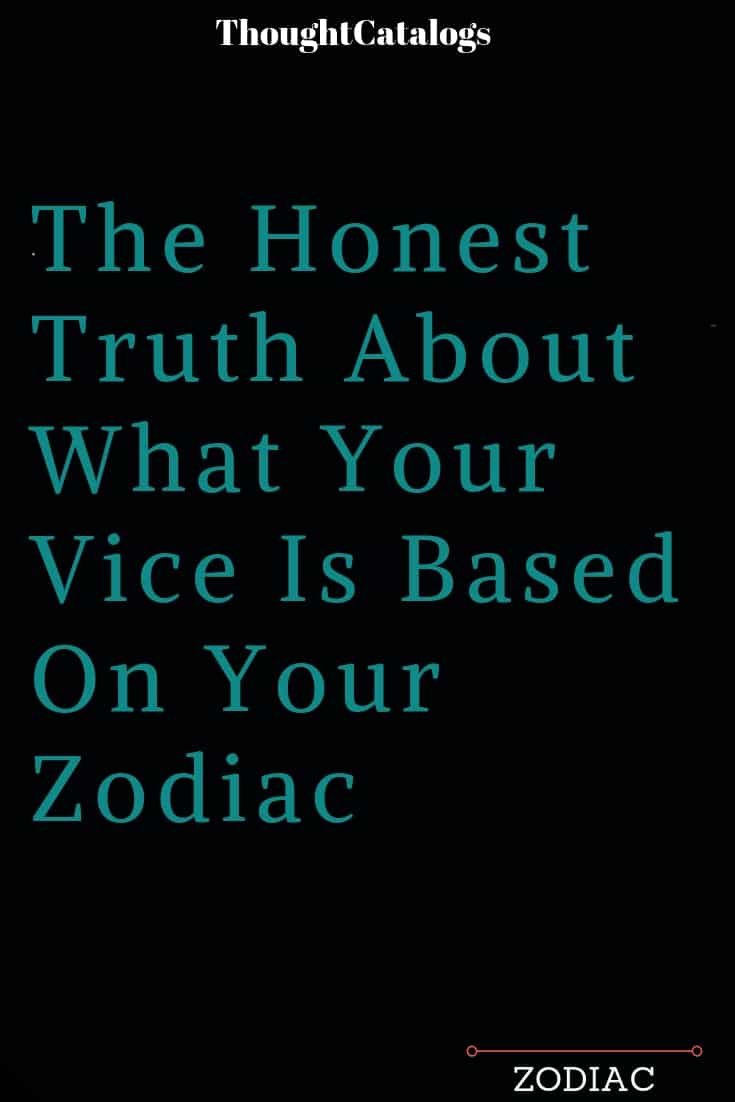